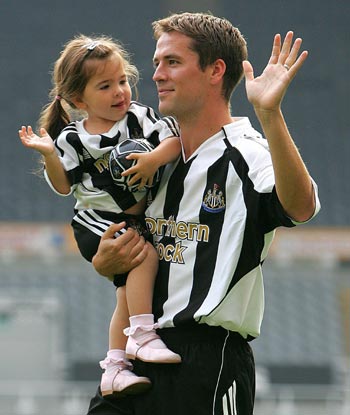 Newcastle United’s Michael Owen promise the Toon Army that he will keep scoring at every chances and to prove he is committed to the club and supportersOwen has been put in some critics which suggested his rapid recovery was only to do with his desire to play for England rather than for Newcastle United.

Those critics are in fact makes him feels he is suddenly was a football rebel. That misrepresentation of his commitment is someway has made him feel very frustrated and angry.

“The spin was put on it that I was more concerned about playing for my country than my club. As a result of that people have tried to drive a wedge between myself and Sam Allardyce.”

Later he pointed out that he is fortunate enough to play for two teams – England and Newcastle, and as long as he is fit, Owen said he will try the hardest way to play well and score goals for both team.

“If I can score the goals that will help them win a trophy or two, that will prove how much I am committed to the club.”

I do believe that Owen would love to do just that.

If you haven’t make a visit to his official website, well here is the LINK[1] where you can do that now.