Owen Playing Safe for His Next Return

Michael Owen will be cautious about his next return after the injury operations in Germany. Although Allardyce said that Owen should be ready for Newcastle next fixtures against Everton, Owen said he will be cautious for his return. 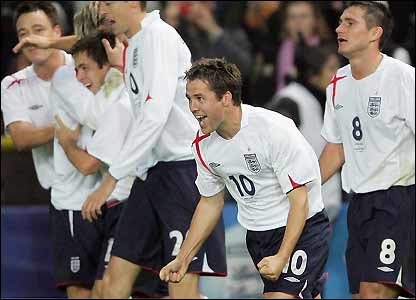 “I don’t want to tempt fate by making a premature forecast. Medical advice will decide how quickly I will be back in action. I’d rather remain cautious at this stage than set any unrealistic targets”. Owen said.

Owen himself targetted on Newcastle’s October 22 Premier League game against Tottenham as his possible return. If Anything before that, including England’s two Euro qualifiers against Estonia and Russia, would be a bonus for him to get involved.

“I shall cling to the hope I can play for England, but people must accept that Newcastle have to come first at the moment. They pay my wages, and I have missed far too many games since joining them to put them at the back of the queue as far as priorities go.”

That was a very nice of you to say that Owen. We were very appreciate it and looking forward for your next return and doing well in every Newcastle game. We have been slowing down recently with two defeats in a row which is bad for our long-term ambitions.

The home fixtures next week against Everton shall be our come back to the Premiership race. We are still have the chance to be on top four, and the reasonable Europe places next year.

“I know it is going to be the subject of national debate as to whether I will be fit to help England qualify for next year’s European Championship finals, but let’s adopt a little bit of caution and see how the next 10 days unfold.” Owen added more.

In my honest opinion, it’s not just a matter of nationality sentiment or whatsoever, the England chances to play in Euro 2008 was not just lay down on one Michael Owen. It was the responisibility for everyone who is on the national squad. The most important thing is that Michael can come back to his fitness where he can do better for both Newcastle United and the England National team.

So, I think we don’t rush him to make a return, let the time do the talking.