Carroll Scores on his debut for England U19 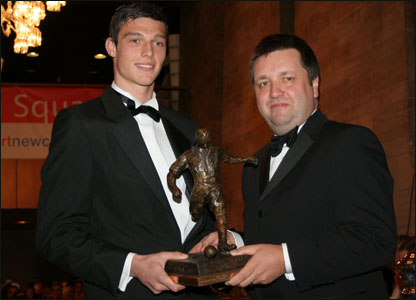 Andy Carroll who is currently on loan at Preston North End, starts for the first time for Brian Eastick’s side last night on a comfortably 4-0 win.

With his performance last night, Carroll is hoping to earn a place in former Newcastle Academy director Eastick’s squad for three European Championship qualifying games starting from next month.

On the other England U21 match, Newcastle United duo Steven Taylor and James Milner both played 90 minutes of England Under-21s’ 2-0 win over Bulgaria in Sofia.

England U21 – captained by Taylor – have taken maximum points from their opening two European Championship qualifiers without conceding a goal, having beaten Montenegro 3-0 on Friday.

Are We Ready To Let Taylor Go?